We are delighted to announce this year’s sponsor of

Knowsley is home to Jaguar Land Rover Halewood. Jaguar Land Rover is the UK’s largest car manufacturer, and its Merseyside operation sits on a 300-acre site. The factory employs 3,700 people directly, supporting a further 1,000 people indirectly through its suppliers and contractors.

In 2021 the company announced that, as part of Jaguar Land Rover’s global Reimagine strategy, Halewood and its other factories would, over the next few years, be converted to produce electric-only cars.

The Halewood factory has one of the most fascinating, resurgent manufacturing stories in the UK, with its production and workforce effectively trebling since 2011 – when it launched the Range Rover Evoque.

“With our Merseyside manufacturing roots being based in Knowsley, we are pleased to support the Knowsley Business Awards 2022, and particularly the CSR Award. We are proud of the contribution our business makes, not only to the local economy but also to the wider UK economy through our national supplier contracts.

“We are also passionate about investing in home grown talent and approximately a third of our workforce – around 1,200 employees – live in Knowsley.

“The announcement of the company’s Reimagine strategy, which will see the compete electrification of the Jaguar and Land Rover brands by the end of the decade, promises continued investment in our factory – so there is a bright and exciting future ahead for Halewood and the Knowsley region.” 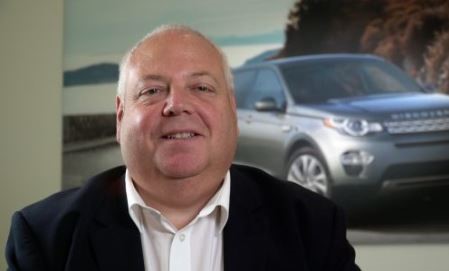 Trevor Leeks, Operations Director at Halewood
View all sponsors
Visit Jaguar Land Rover’s website
Read more about this category
This website uses cookies to improve your experience. We'll assume you're ok with this, but you can opt-out if you wish.Accept Read More
Cookies